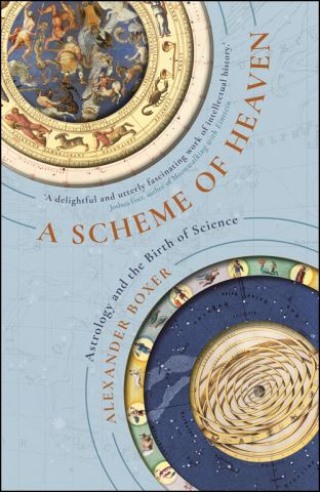 A Scheme of Heaven

Astrology and the Birth of Science

'A delightful and utterly fascinating work of intellectual history.' Joshua Foer author of Moonwalking with Einstein

Despite a resurgence in popularity, horoscopes are generally considered to be pseudoscience today - but they were once a cutting-edge scientific tool. In this ingenious work of history, data scientist Alexander Boxer examines a treasure trove of esoteric classical sources to expose the deep imaginative framework by which - for millennia - we made sense of our fates. Astrology, he argues, was the ancient world's most ambitious applied mathematics problem, a grand data-analysis enterprise sustained by some of history's most brilliant minds, from Ptolemy to al-Kindi to Kepler.

A Scheme of Heaven explores the wonderful subtleties of astrological ideas. Telling the stories of their inventors and most influential exponents, Boxer puts them through their paces using modern data sets - finding that the methods of today's scientists are often uncomfortably close to those of astrology's ancient sages.

Alexander Boxer: Alexander Boxer has a doctorate in physics from MIT, a master's degree in the History of Science from Oxford and a bachelors in Classical Language from Yale. His technical research has appeared in journals such as Nature Physics. He currently works as a senior scientist at a small technology company just outside of Washington, DC. In his spare time, he is an active member of Atlas Obscura as a D.C.-based 'field agent'.