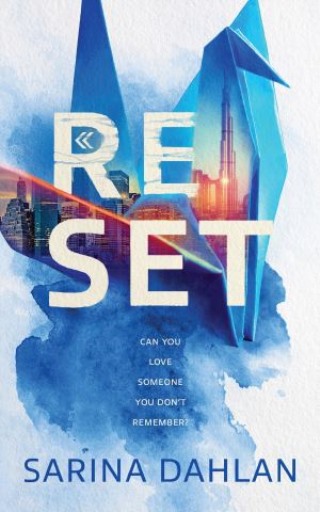 Can you love someone you don’t remember?

After the Last War destroyed most of the world, survivors form a new society in four self-sustaining cities in the Mojave Desert. In the utopia of the Four Cities, inspired by the lyrics of “Imagine” and Buddhist philosophy, everything is carefully planned and controlled: the seasons, the weather—and the residents. To prevent mankind from destroying each other again, its citizens undergo a memory wipe every four years in a process called tabula rasa, a blank slate, to remove learned prejudices. With each new cycle, they begin again with new names, jobs, homes, and lives. No memories. No attachments. No wars.

Aris, a scientist who shuns love, embraces tabula rasa and the excitement of unknown futures. Walling herself off from emotional attachments, she sees relationships as pointless and avoids deep connections. But she is haunted by a recurring dream that becomes more frequent and vivid as time passes. After meeting Benja, a handsome free-spirited writer who believes his dreams of a past lover are memories, her world is turned upside down. Obsessed with finding the Dreamers, a secret organization thought to have a way to recover memories, Benja draws her down a dangerous path toward the past. When Metis, the leader of the Dreamers, appears in Aris’s life, everything she believes falls to pieces. With little time left before the next tabula rasa, they begin a bittersweet romance, navigating love in a world where names, lives, and moments are systematically destroyed.

Thought-provoking and emotionally resonant, Reset will make you consider the haunting reality of love and loss, and the indelible marks they leave behind.

Sarina Dahlan was born into an Indonesian family in Thailand, and immigrated to the United States at the age of twelve. While children in the west grow up on fairy tales, she learned parables through ghost stories, mythologies, and Japanese manga.

A graduate of the University of California, San Diego, with degrees in psychology and visual arts, she has blended both disciplines in careers as an advertising producer, a corporate marketing strategist, and an award-winning writer. She lives in California with her family and is currently raising her three children on a healthy diet of history, Thai curry, and scientific thinking.

Reset is her first novel.