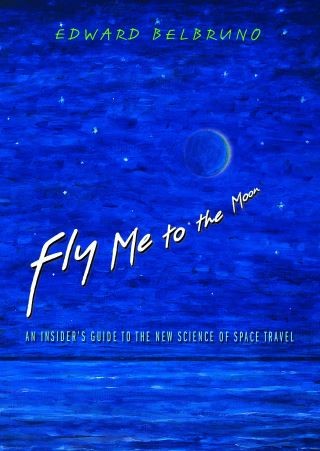 Fly Me to the Moon

An Insider's Guide to the New Science of Space Travel

When a leaf falls on a windy day, it drifts and tumbles, tossed every which way on the breeze. This is chaos in action. In Fly Me to the Moon, Edward Belbruno shows how to harness the same principle for low-fuel space travel--or, as he puts it, "surfing the gravitational field."


Belbruno devised one of the most exciting concepts now being used in space flight, that of swinging through the cosmos on the subtle fluctuations of the planets' gravitational pulls. His idea was met with skepticism until 1991, when he used it to get a stray Japanese satellite back on course to the Moon. The successful rescue represented the first application of chaos to space travel and ushered in an emerging new field.


Part memoir, part scientific adventure story, Fly Me to the Moon gives a gripping insider's account of that mission and of Belbruno's personal struggles with the science establishment. Along the way, Belbruno introduces readers to recent breathtaking advances in American space exploration. He discusses ways to capture and redirect asteroids; presents new research on the origin of the Moon; weighs in on discoveries like 2003 UB313 (now named Eris), a dwarf planet detected in the far outer reaches of our solar system--and much more.


Grounded in Belbruno's own rigorous theoretical research but written for a general audience, Fly Me to the Moon is for anybody who has ever felt moved by the spirit of discovery.

Edward Belbruno: Edward Belbruno is President of Innovative Orbital Design, visiting research collaborator in the Department of Astrophysical Sciences at Princeton University, and a consultant on advanced astrodynamics with NASA. He is the author of Capture Dynamics and Chaotic Motions in Celestial Mechanics (Princeton).