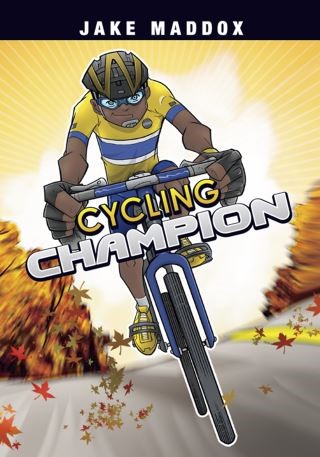 Austin, eager to prove himself and win a sports trophy like his older brothers, joins a local cycling club and enters a Tour de France-style bike race. Not only does he have to find a bike, train, and learn the course, but he also has to deal with a bully who wants him out of the club. For Austin, it feels like a race just to get to the starting line!

Maddox, Jake: Who is Jake Maddox? Athlete, author, world-traveler – or all three? He has surfed in Hawaii, scuba-dived in Australia, and climbed the mountains of Peru and Alaska. His books range from the most popular team sports to outdoor activities to survival adventSince 1986, Martin Powell has been a freelance writer. He has written hundreds of stories, many of which have been published by Disney, Marvel, Tekno comix, Moonstone Books, and others. In 1989, Powell received an Eisner Award nomination for his graphic n